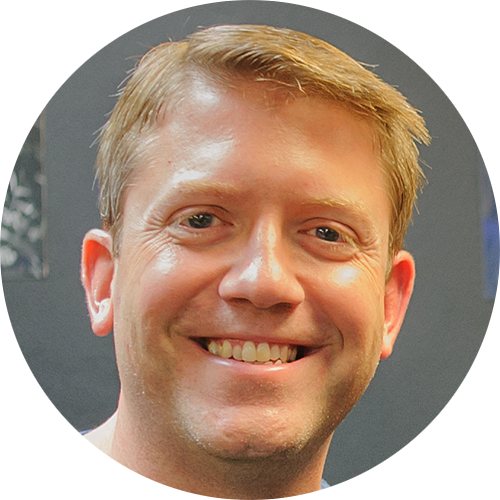 December 2018 marked the 30th anniversary of WPSC-FM signing on the air. To mark the occasion, an unprecedented event was put together.

The original idea came out of a meeting between Dr. Rob Quicke (GM of WPSC-FM) and Mike Bonte (WPSC-FM 1996-1998) back in 2014. While digging through an old file cabinet of memorabilia, we started talking about all the formats, differing ideologies, and many personalities that had passed through WPSC-FM... both as it existed as an FM facility, and in the many years leading up to signing on FM. WPSC-FM had been holding Alumni Takeover Weekends for a few years at that point, but this was different.

The idea was simple... bring together as many past personalities as possible, and attempt to program the station in 24 hour blocks that would represent the way the station sounded during each particular "era."

The eras ultimately chosen were:

A committee was put together with "program directors" assigned to each day. Staff was rounded up, and a celebratory lunch event was scheduled.

The week started with Gary & Cheri Yacono just after midnight, on Monday morning, December 3, 2018, and ended with Nicole Parente just before midnight on Saturday, December 8, 2018. In that span of time, 62 years of William Paterson radio history was relived.

For the event, Mike Bonte installed a solid state recording device to capture studio quality sound in uncompressed WAV file format. Close to 144 hours of audio (covering the entire week) was captured. This audio is available to participants of the event. Please contact Mike Bonte for more information.

October 23, 2018 - December 2, 2018. A committee of WPSC-FM alumni and current WPSC staff was assembled, with alumni representing each distinct "era" of WPSC's history.

This committee met many times during the fall of 2018 to put together the 30th anniversary event. The preparations culminated on Sunday, 12/2/18 when there was an orientation day for alumni, t-shirts were distributed, and Gary & Cheri prepared for their overnight marathon to kick off the event.

Monday, December 3, 2018. Gary & Cheri Yacono were responsible for coordinating the 590 AM day, and they kicked the day off by sharing a marathon 8 hour overnight shift.

Below is the text they wrote, and which Gary read live on the air just past midnight to kick off the event:

Were about to embark on a journey. A celebration in the making for 51 years!

In 1966 William Paterson College in Wayne, NJ started a radio station. The Voice of William Paterson College, WPSC 59 AM. We could broadcast in the dorms and the Student Center lunch area. We shortly later were able to get cable TV to broadcast us on Cablevision Channel B as well. This continued at the College and the students at WPSC continued to work toward obtaining an FM radio license.

In 1988 WPSC obtained that FM license from the FCC. Students have been attempting to do this for 21 years before this reality happened 30 years ago.

This week WPSC is going to bring you through these years of progress as we celebrate that moment 30 years ago when WPSC obtained their FM license. Many students worked for years and it passed from class to class without ever giving up the dream of being an FM radio station.

Starting now we are taking you on this journey from 1966 to December 2018 through 6 eras of WPSC. 24 hours a day with the music each day of each era. From the Voice of William Paterson College 59 AM to the now the multiple award winning Brave New Radio 88.7.

This is a Celebration of 30 years of WPSC-FM and the students and professors that made it so successful.

Dedicated to all the people that made WPSC radio over these past 51 years what it is today!

Welcome to the Alumni Celebration Week of WPSC-FM Radio as each day alumni return to the air waves with the music of their generation and perhaps yours.

Tuesday, December 4, 2018. The AP Radio era of WPSC continued reliving our Free Form days and kicked off at midnight on Tuesday, December 4th, with Dave Belfield providing us with the shortest playlist of the day thanks to it comprising many Prog Rock favorites. Tim Reid got things rocking and Shaya Dubin kept up as the sun began to rise.

Jeff Schnarr got the AM Drive honors followed by VJ The DJ. Chuck Cobb mixed up some great R&B over lunch as a lead in for Debbie The Con. Rich O. kept things rocking during the Afternoon Drive and Cath Salfino leaned into the early evening with classic 80s tracks. Ron Sevean gave us plenty of things from England and Pat Cioffi closed out the day that represented the last of WPSCs pre-FM days.

Everyone had a great time and played outstanding music. People stayed after their shifts to catch up with old friends and see what else the day would hold. Some had to leave, but came back later to check in as well. It was a grand day and had everyone chomping at the bit for the next alumni weekend; especially those who had never participated in an alumni event before.

As we ended the pre-FM era of WPSC, Pat Cioffi referenced how the quest for FM had a kind of running gag attached to it around the station. Our leadership, since the application filing, would often tell us that Were this close to FM. Put your thumb and index finger as close together as you can without touching and you get the idea. After a while, we would joke that were this close to a lot of things, still hopeful that FM was merely days away. So, as midnight approached and with it the era of Laser Hits blasting from 88.7 on the dial, Pat closed his show intro-ing Steely Dans FM and letting everyone know that Were this close to FM.

It gave us all a good feeling to know something we had all worked hard for had come to be, our contributions have be acknowledged and it is thriving. - Rich Ottenstroer

Wednesday, December 5, 2018. The LaserHits 89 PSC day kicked off at midnight with several hours of programming consisting of the original LaserHits 89 IDs and sweepers, along with a playlist of music that would have been played when WPSC-FM signed on to airwaves that very first time in December 1988.

Among the highlights of the day, Dan Cleary joined Joe Schilp in the morning to share many stories of building the FM facility; and Kevin Knight had Kevin Burkhardt as a guest on his show later in the evening.

Thursday, December 6, 2018. The HitRadio day started off at midnight with 6 hours of classic HitRadio music and original jingles, sweepers, and IDs from the mid 1990s.

Mike Bonte & Brianna Testa made a "questionable" entry into the station at about 5:00am, and Mike Gavin got things rolling with an early sign on at 6:00am. The station was live for the rest of the day, with a total of 9 HitRadio personalites making up 18 hours of programming.

The mood in the lounge was festive as many other HitRadio personalities returned for a visit, and to share stories, laughs, and a whole lot of terrible music. The station didn't clear out until about 10:30 that night, and Ian Lainof made a very poignant signoff just before midnight over the introduction to "Baba O'Reilly."

Many that were there that day have mentioned that the presence of Irish John Kiernan could be felt in the building, with some even commenting that the FM signal somehow sounded like it should have in the 1990s. This is despite the fact that nothing was changed in regards to the station configuration or processing. It was a true memorial. - Mike Bonte