Rebuilding The Record Library - The Vinyl Find
by Rich Ottenstroer 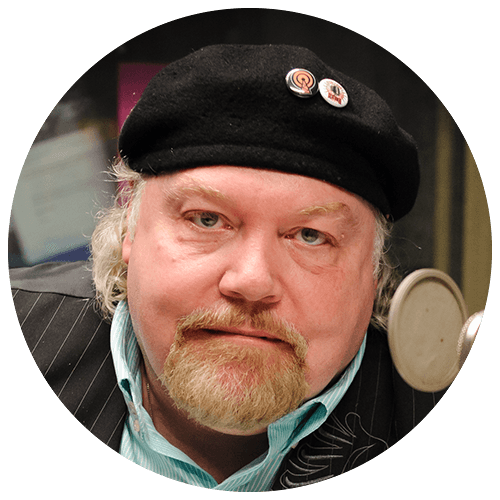 I was approached by a friend of mine to see if I wanted an estimated 5,000 LPs that belonged to her deceased uncle. Her aunt had passed and they needed to prepare the house for sale. I told her that while I couldn't give them a home, that I thought the station would be interested.

I told Rob. He asked me how much she wanted for the records and she had told me they were ours for the taking (at this time, please note that while she was arranging this, her brother was the actual executor of the estate). Rob was all for it, but wanted to get some idea of what was there. I told him I would get a "core sample from the mine."

The Thursday before Vinylthon, I drove down to Old Bridge with my friend. I had a 20-Gallon tote to collect whatever I could. That's when I found out her aunts place was a hoarder house. Every place in the house was just loaded with stuff. The records were located in the basement, but scattered about. There were shelves lined with LPs, but also piles on the floor and stacks on top of boxes of books and such. Her uncle treated his records well, but the aunt and whoever came around after did not. The lights were not working so I did the best I could with a flashlight. If I saw something that looked promising, I grabbed that and the handful of records around it. I filled the tote putting the records in upright and then laid some more on top to fill the gap to the lid.

Heres a funny side note, while I was doing this in the basement, my friend and the other folks with her discovered that there was a gas leak upstairs. Actually, it was multiple gas leaks. By the time the PSE&G rep had come. I had already spent 20 minutes in the basement, brought up the filled bin and was sitting on the front stoop. Turns out they couldnt get to the gas shutoff in the basement because of the records blocking the way. They had to turn the gas off at the street line. Maybe the lights not working in the basement was a good thing.

I contacted my friend and told her that the intention was to come down that following Saturday. Unfortunately, as this was Easter Saturday and Passover (along with other scheduling conflicts), Rob asked me to push it back a week. I contacted my friend and she was okay with it, but she also told me that her brother, after getting the price for the haulers cleaning out the house, was now looking to get paid $1,000 for the records to help offset costs.

I wasnt pleased with the terms of the deal being changed at the last minute. I brought this back to Rob and he worked to get the funds secured through the dean. He was able to get a commitment and a letter of intent to purchase the entire lot of records for $1,000 was sent to the executor of the estate the Thursday before we would be going to the Old Bridge house.

Rob rented a U-Haul, bought boxes and grabbed bins from the campus mailroom. He, Sebastian, and Tiernan met me at the Old Bridge house on Saturday. Im sure we could have gotten more participation in the endeavor, but with Brave-A-Thon/Sports-A-Thon weekend, exam season and the normal commitments the majority of the staff was unavailable. We geared up to deal with the dirt, pollen, and such with long sleeves, gloves, surgical masks and shower caps, then set to work.

We went down into the basement. The lighting issue was corrected since my visit, so flashlights were unnecessary. We worked filling the bins, starting with the records stacked on the floor and other boxes in order to clear paths to the shelves. Rob and I worked mostly downstairs loading first, 4 20-Gallon totes I had brought and then the mail bins and boxes. Tiernan and Sebastian did most of the lugging up the stairs to the front lawn in preparation for loading the truck.

With every handful we loaded into a box or bin we found more stuff. You would literally clear the shelf of one unit only to find that there was the shelf of another unit behind it with more LPs. There were some great finds; albums that looked to be in near mint condition. There were some sites that pained; empty sleeves and records without sleeves and stained with whatever gunk.

After about 3 hours in the basement, due to the limitations in manpower, space on the truck and time needed to get the truck back to the station/off loaded/back to the rental place, we made a decision to be more selective about what we would take. For the next 20 minutes, we passed on the vast number of classical LPs remaining to focus our search on any pop/rock/country/soul records still remaining. During this final phase we found classics from 70s & 80s littered among the others. We were somewhat sad about not being able to take all the records there, but we did the best that we could do with what we had.

Rob, Tiernan and Sebastian had gotten the truck loaded with the bins and boxes. We finally loaded the 20-Gallon totes into my SUV and made our way back to the station. Once at the station, the staff that was working Sports-A-Thon were recruited to help offload the records into the station. That moved fairly quick. The bins were left against (or a close as possible to) the back wall of the office where Rob intends to have shelving built to house the vinyl collection

The shelving project will be part of the next phase which will include the cataloging and cleaning of the LPs. Also, covers and inner sleeves will be replaced if needed and each will be stickered as "Property Of."

Rob feels that we have taken a giant step toward restoring the record library that was lost all those years ago. There are still holes to be filled, but this gives a solid base to work from.

In the Spring of 2019, Rich Ottenstroer (WPSC Alum) was able to get the station connected to a rather large record library. This library was owned by an Estate, needed to be moved in fairly short order, and contained more than 6000 records. The first phase was moving the library back to WPSC-FM.

Vinyl library update: The brand new shelving is now up and we are in the process of organizing the vinyl into various categories. Our expectation is that all will be done and ready for WPSC Alumni Weekend in February 2020. Thanks again to Rich Ottenstroer for being instrumental in getting all this great vinyl. We are bringing back the legendary WPSC vinyl library! More updates soon. -Rob Quicke