A Brief History Of LaserHits
by Matt Locker 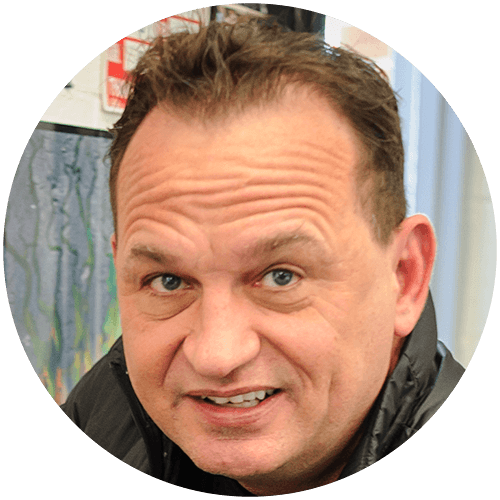 Before those of us who were there die, we should pass along the slices of history first hand... As you know, I was there for the launch of Laserhits 89PSC, but what was WPSC before then?

Well, I can't speak to the very beginnings, when it was a PA system in the Student Center, and later an AM carrier station. I can speak to when I first entered the scene.

When I transferred in to William Paterson, the radio station was "Stereo 98-and-a-Half; WPSC". The studios were on the first floor of Hobart hall, next to the old television studios (Now Martini Auditorium).

WPSC's signal went out via the campus cable TV system and could be heard two ways. A student in any building wired with cable could connect the cable to the FM antenna of a receiver...or tune to the TV channel which carried the scroll of the campus events (6?) and listen to the audio.

The current studio on the second floor of Hobart was fabricated, and we moved up there.

Now, WPSC and WPSC-FM were actually two very different operations. WPSC was an SGA club. WPSC-FM was not. The college would have TWO radio stations, the new WPSC-FM at 88.7 and WPSC would remain on the cable systems. To avoid confusion, we renamed WPSC to WCRN (Cable Rock or "Campus Radio Network"). WCRN remained an SGA club, and WPSC-FM went on the air as "LaserHits 89PSC". WCRN was the training ground for new students who had to complete a semester on WCRN before going to the FM...(or by audition).

As an incentive to work on the station with little to no listeners, WCRN remained free form, while WPSC-FM was tightly formatted.

Over the years, WCRN faded away and the SGA radio club folded.

I do have the a bunch of audio from "Cable Rock 98.5, WPSC" and "Cable Rock 98.5 WCRN"...although I suspect it's on reel to reel which I can't do anything with at the moment...I will look for cassette dubs as well...