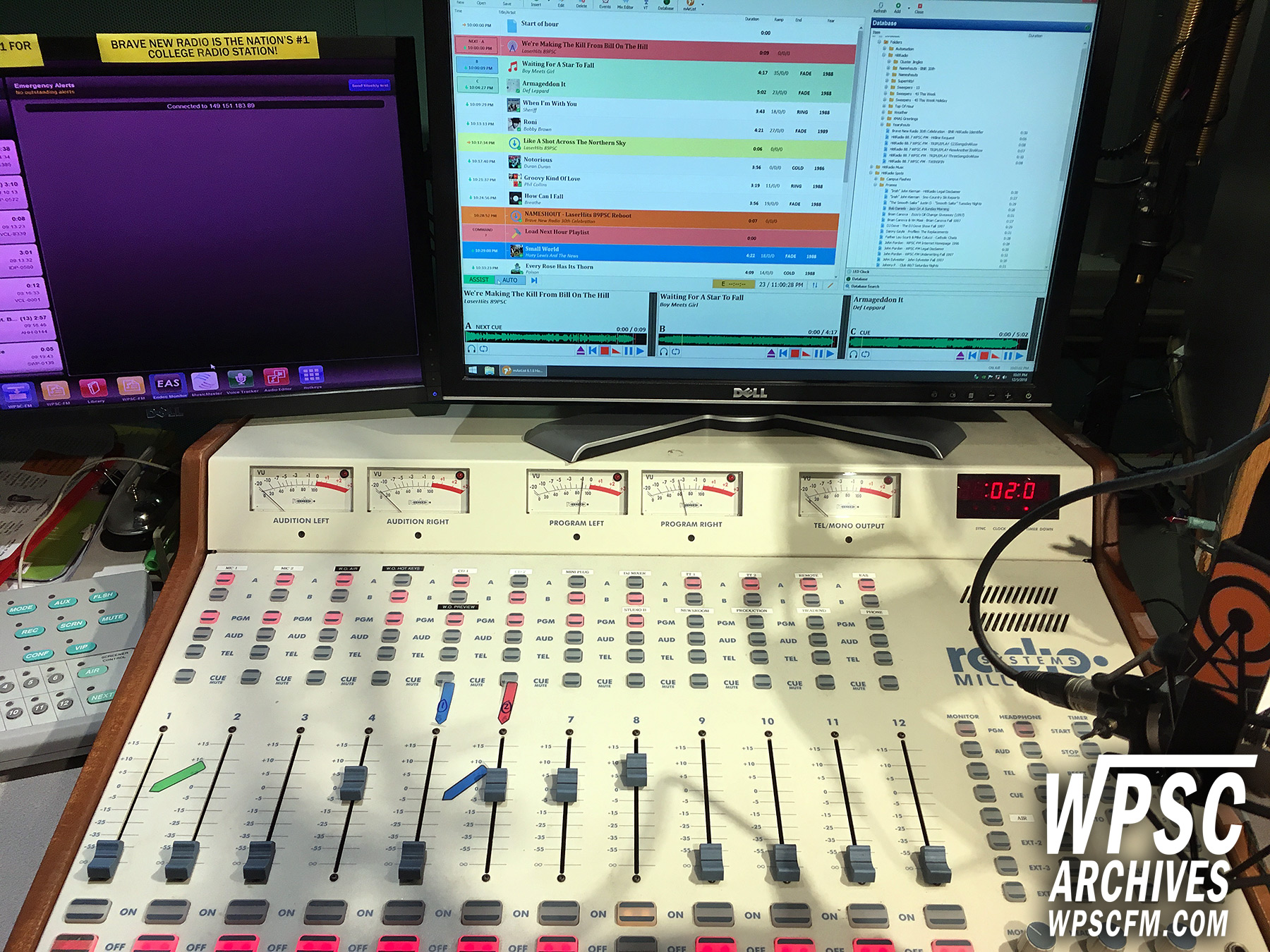 To run the HitRadio day, Mike Bonte brought in a secondary automation system based on the mAirList software. The system was set up to mimic the old cart setup with 3 players, almost 3000 songs from the HitRadio catalog, and all of the jingles and sweepers from both the LaserHits 89PSC and HitRadio era.

This system was given a shakedown during the LaserHits day as some of the jocks used it on and off. At 10:00pm on Wednesday, 12/5, it began running LaserHits 89PSC automation and switched over to HitRadio at 12:00 midnight.

This shot was taken just before kicking off the LaserHits automation, and the 10:00 hour can be seen loaded in the playlist. The "We're Making The Kill" top of hour is loaded, followed by LaserHits 89 staple "Waiting For A Star To Fall" -Mike Bonte